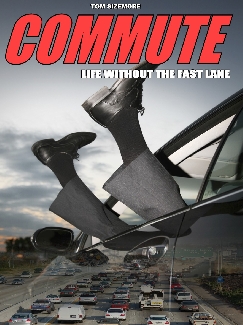 Description:
The film follows the COMMUTER, as he embarks on his daily drive from Orange County to Downtown Los Angeles. During the commute, he fields phone calls from his office, deals with clients and the pains and aggravations of the most horrific traffic on the West Coast. A satirical look at coping with the ever growing problem of too many cars and not enough road. During his drive, the Commuter finds time to worry, relax, fantasize and contemplate his life while extending various philosophical views.

In Films-list.com we have selected the most viewed movies from category - Comedy. Enjoy the best films specially selected for you! Commute (2009) is the right choice that will satisfy all your claims.