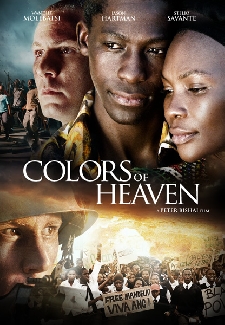 Description:
"Colors of Heaven" is the winner of two SAFTA Awards (South African Oscars) and one of the most anticipated South African films in years. It is the sweeping epic true story of Muntu Ndebele and Norman Knox (the black and white stars, respectively, of the 1976 film classic e’Lollipop – one of South Africa’s biggest box-office hits). The film shows how these two young South African actors' lives changed radically - from being teenage friends in the mid-1970s, to being on opposite sides during the violent poli
5M-10M
Montreal World Film Festival AFI Film Festival Pan African Film Festival Hollywood Black Film Festival

In Films-list.com we have selected the most viewed movies from category - True Story, Action/Adventure. Enjoy the best films specially selected for you! Colors of Heaven (2014) is the right choice that will satisfy all your claims.