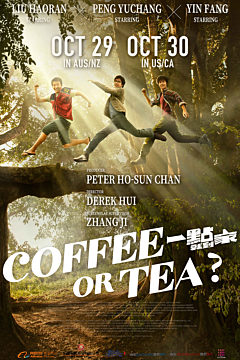 Description:
This is a youth-comedy version of American Dreams in China (2013). Wei Jinbei, Peng Xiubing and Li Shaoqun are young men of very different personalities. One had tried many times to find success in e-commerce but had failed on every turn in a big city. The other is a village lad, with nothing on his mind but the chase for success. The third one is consumed by romantic visions of life, divorced entirely from reality. They had separately returned from the city to an antiquated town in Yunnan. Brought together

In Films-list.com we have selected the most viewed movies from category - Comedy, Drama, Romance. Enjoy the best films specially selected for you! Coffee or Tea? (2020) is the right choice that will satisfy all your claims.