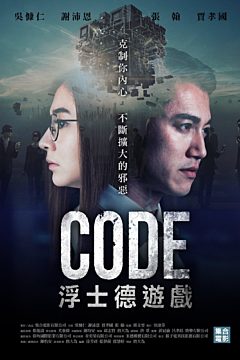 Description:
Customer Relationship Officer Alex downloaded a mysterious App “CODE” on his cellphone. As soon as Alex realized that CODE can answer to any wishes he asked for, he became addicted. The App began to rule his life. Until one day, when Alex was asked to commit a criminal act in return for his wishes, he started on a journey of making crimes.

In Films-list.com we have selected the most viewed movies from category - Psycho-Drama, Suspense. Enjoy the best films specially selected for you! CODE (2016) is the right choice that will satisfy all your claims.