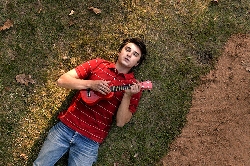 Description:
It is not easy being a teenager and Mike, sixteen-years-old, is having the very worst of times. He lives with his mother Cynthia, a notorious nagger, in Faintville, a town based around the timber industry, set in its days and ways, deep in the Canadian forests. He has no father, no friends, not even a favourite food. Basically, his sole wish is to vanish from the face of the earth.One day, Mike decides to put an end to the cynical joke that fate has played on him, or life as it is called in other words. He
Munich International Film Festival Zurich Film Festival

In Films-list.com we have selected the most viewed movies from category - Drama, Comedy. Enjoy the best films specially selected for you! Coconut Hero (2015) is the right choice that will satisfy all your claims.