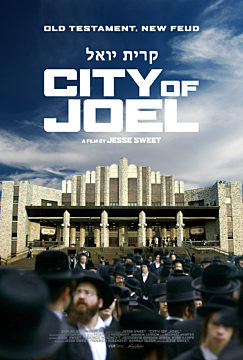 Description:
City of Joel follows an ultra-orthodox Hasidic sect as they wage a turf war with their secular neighbors. 50 miles north of New York City, the Satmar sect has thrived in a 1.1 square mile religious haven called Kiryas Joel, or City of Joel, for over 40 years. With some of the highest rates of marriage, birth, and religious observance in the US, their success has come at a price, as Kiryas Joel is no longer big enough to hold its 22,000 members. When a plan is created to double the size of the village to kee

In Films-list.com we have selected the most viewed movies from category - Documentary, TrueStory. Enjoy the best films specially selected for you! City of Joel (2020) is the right choice that will satisfy all your claims.