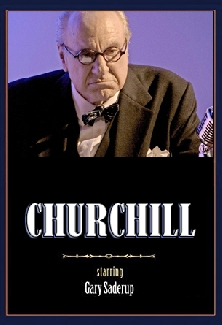 Description:
Gary Saderup's portrayal captures the heroic period in time when Churchill and Britain, alone, stopped the greatest threat to freedom that the world has ever known. The film focuses on the years between 1930 and 1942. We see Churchill's repeated warnings, his speeches to Parliament, his reaction to the events and people leading up to World War II and finally we see Churchill lifting Great Britain from its deepest despair to its greatest victory: that of stopping the Nazi war machine.

In Films-list.com we have selected the most viewed movies from category - Historical, Biography, Drama. Enjoy the best films specially selected for you! Churchill (2015) is the right choice that will satisfy all your claims.