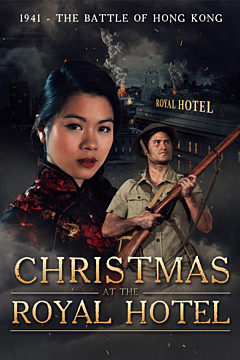 Christmas at the Royal Hotel

Description:
Christmas at the Royal Hotel tells the story of the 1941 Battle of Hong Kong. In an attempt to fortify the military defensive lines, a large contingent of Canadian soldiers sailed to the shores of this far-flung British colony. One of the Canadian soldiers named Tom (Harry Oram) checks into the Royal Hotel, a slightly defunct establishment full of war profiteers, refugees and spies. At the hotel, Tom meets a mysterious Chinese lady named Mayling (Lydia Lee Tang) who works for the South China News Agency. Ma

In Films-list.com we have selected the most viewed movies from category - Drama. Enjoy the best films specially selected for you! Christmas at the Royal Hotel (2019) is the right choice that will satisfy all your claims.