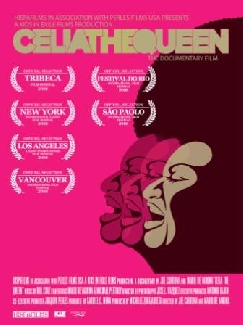 Description:
CELIA THE QUEEN a documentary tribute to salsa singer Celia Cruz, whose voice symbolized the soul of a nation, traces Celia’s exile from her beloved Cuba up until her tragic death in 2003. CELIA THE QUEEN stitches together live concert footage and candid interviews with Cruz, David Byrne, Quincy Jones, Andy Garcia, Gloria Estefan, her family, and fans from around the world. Besides the biographical elements, the film also serves as a chronicle of some of the most important trends in Latin music in the last
Tribeca Film Festival

In Films-list.com we have selected the most viewed movies from category - Documentary. Enjoy the best films specially selected for you! Celia the Queen (2008) is the right choice that will satisfy all your claims.