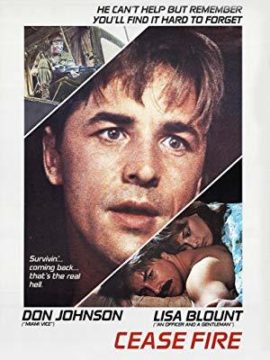 Description:
Universally praised by veterans groups for its accurate portrayal of PTSD, "Cease Fire" is the story of one veteran's ultimate battle: coming home. The guns may be silent, but for Tim Murphy the Vietnam War is still not over. Finding himself suddenly unemployed, the stress triggers long dormant memories of a horrific incident from his military service, forcing his family to watch as he descends into a spiral of emotional chaos. As Tim's behavior becomes more and more disturbing, his wife Paula turns everywh

In Films-list.com we have selected the most viewed movies from category - Drama. Enjoy the best films specially selected for you! Cease Fire (2018) is the right choice that will satisfy all your claims.