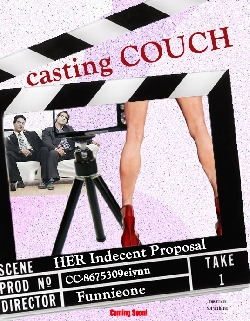 Description:
Casting Couch - a rated R Dramedy (comedy-drama) like-unto Entourage the movie meets Indecent Proposal.
Casting Couch is about promising newlyweds who work in the entertainment industry as struggling filmmakers that have a lifelong dream of ‘making it’. They have sold everything for one big trip to Cannes Film Festival in France with all they’ve got. They happen to meet the biggest studio head in Hollywood at a fabulous party who has the ultimate power to create fame overnight. Her indecent proposal
5M-10M
25%-0%

In Films-list.com we have selected the most viewed movies from category - Comedy. Enjoy the best films specially selected for you! Casting Couch (2017) is the right choice that will satisfy all your claims.