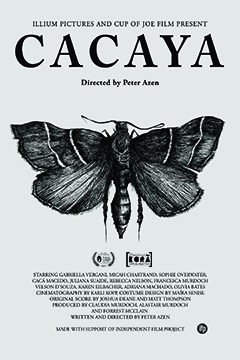 Description:
Cacaya is the region in the Amazon, which once had water, but where nothing now grows during the drought period. Based on a true story, intersected with references to Heinrich von Kleist's 1808 play Penthesilea and myths from various indigenous tribes of the Amazon, Cacaya tells the story of a young Brazilian woman in New York City, who ends her tumultuous relationship with an American man, and then discovers she is carrying his child. The couple's struggle to interact during the pregnancy, and to

In Films-list.com we have selected the most viewed movies from category - Drama, Urban. Enjoy the best films specially selected for you! Cacaya (2017) is the right choice that will satisfy all your claims.