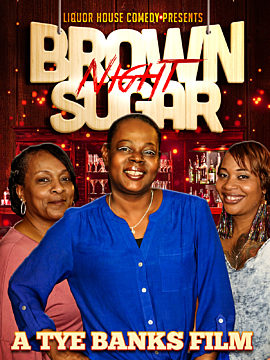 Description:
Liquor House Comedy presents Brown Sugar Night Recorded live at the legendary Goodnights comedy club in Raleigh, North Carolina. Liquor House Comedy brings you three of the funniest women in comedy. Comedian Whyte Owl starts off this comedy special with raw unfiltered truths about her life and looking for a good man. While comedian Aaliyah Ford tells hilarious stories about her family and the benefits of being raised old school. Comedian Lady Shamar goes all in with her comedy dealing with everything from r

In Films-list.com we have selected the most viewed movies from category - Documentary. Enjoy the best films specially selected for you! Liquor House Comedy presents Brown Sugar Night (2019) is the right choice that will satisfy all your claims.