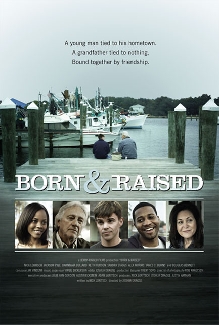 Description:
In this "Good Will Hunting" drama, a young man, Bubbs, bides his time working at the local marina, helping wealthy boaters enjoy a life he cannot attain. His world is inhabited by his mother, Mary, his friend, Kenny, and his well-traveled grandfather, Frank. Whenever Frank returns to town, on his live-aboard sailboat, Bubbs must secretly visit him, due to Frank and Mary's twenty-year estrangement.

In Films-list.com we have selected the most viewed movies from category - Drama. Enjoy the best films specially selected for you! Born & Raised (2012) is the right choice that will satisfy all your claims.