FILM REVIEW - Bolt From the Blue 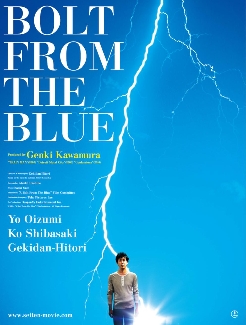 Bolt From the Blue

Description:
One day, Haruo Todoroki receives a call from the police telling him that his father was found dead in a park and that he was a homeless. He stops by his father’s cardboard house on his way home feeling as if he is looking at his own future, tears run from his eyes. And then, one lightening appears in the blue sky and hits him. When he wakes up, he realizes that he is in the world 40 years ago where he meets his “feature” father and mother…

In Films-list.com we have selected the most viewed movies from category - Drama. Enjoy the best films specially selected for you! Bolt From the Blue (2014) is the right choice that will satisfy all your claims.