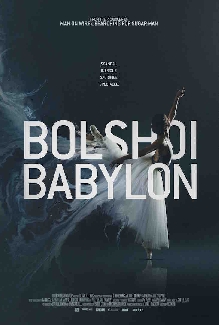 Description:
The Bolshoi. Symbol of Russia, a national treasure – mystical and intriguing. Recently, however, the theatre has been in the headlines for all the wrong reasons: intrigue, personal attacks and management changes have created lurid headlines.

Now for the first time the theatre directors have allowed a film crew access backstage for an entire season. This new chapter in the Bolshoi’s story provides the background for a unique cinematic experience.

In Films-list.com we have selected the most viewed movies from category - Documentary. Enjoy the best films specially selected for you! Bolshoi Babylon (2015) is the right choice that will satisfy all your claims.