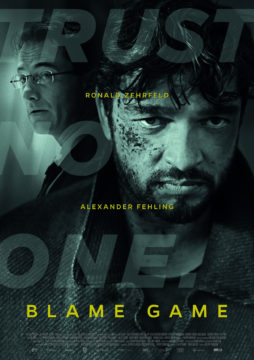 Description:
MARTIN BEHRENS works for the German Federal Intelligence Service (BND). When he receives information from one of his contacts that leads to a drone strike against a terrorist wanted by the government of Zahiristan, his life quickly spirals out of control when, a few days later, terrorists attack a Munich restaurant in a reprisal for the drone strike. Martin tries to find out who is responsible for the attack and has to learn that the answer lies uncomfortably close to home.

In Films-list.com we have selected the most viewed movies from category - Thriller. Enjoy the best films specially selected for you! Blame Game (2018) is the right choice that will satisfy all your claims.