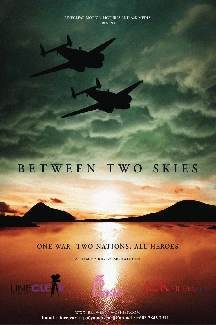 Description:
Between Two Skies is a story about how a young Malay man, AZMI 20 along with his family and friends, survive the early months of the Japanese invasion. The story is told and intertwined first, from AZMI’s point of view, and later of his Australian comrade, SHAUN, as they witness unfolding history. The story first delves into the dilemmas of the Kelantanese people as they were forced under the command of the invading Japanese. It later explores the lives of Australian pilots/soldiers who are forced to defend

In Films-list.com we have selected the most viewed movies from category - Action/Adventure. Enjoy the best films specially selected for you! Between Two Skies (2012) is the right choice that will satisfy all your claims.