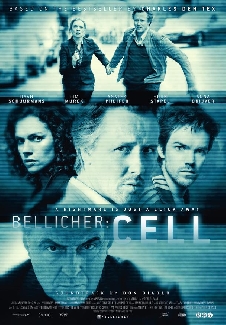 Description:
A sophisticated and thrilling film about internet identity fraud and the threat of terrorism. Communications adviser Michael Bellicher witnesses a bizarre and deadly car accident. Astonishingly after giving his statement to the police, he is arrested for the crime he witnessed. The police are convinced that they have the right man in custody, but things are a little more suspicious and questionable. Michael has never heard of the village where the incident took place, nor does he own the car involved in the

In Films-list.com we have selected the most viewed movies from category - Thriller, Action/Adventure. Enjoy the best films specially selected for you! Bellicher Cell (2012) is the right choice that will satisfy all your claims.