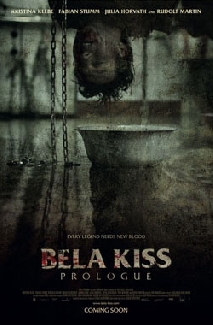 Description:
Bela Kiss was one of the the most brutal serial killers who ever lived, having killed 23 young women during the beginning of the first World War. Their blood-drained bodies were found in metal barrels, conserved in alcohol while Bela Kiss was never found. According to rumors, he has been seen decades later, in different parts of the world.

Now almost a century later, five bank robbers search for a hideaway in a remote hotel as they flee from the police. Brutal and unforeseen events take overha

In Films-list.com we have selected the most viewed movies from category - Horror, Mystery. Enjoy the best films specially selected for you! Bela Kiss (2013) is the right choice that will satisfy all your claims.