FILM REVIEW - Behind THE COVE 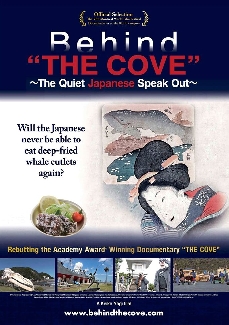 The Quiet Japanese Speak Out!

Description:
In 2010, THE COVE, a documentary about dolphin hunting in Taiji, Japan, won an Academy Award. The movie certainly brought attention to the whaling issue as a whole. But was the documentary entirely truthful? Did it portray both sides of the story correctly? Or was it a well-crafted story using sensationalized techniques - including hidden cameras - to tell a one-sided portrayal of the problem? More importantly, why has there not been a film from Japan responding to THE COVE? Well, now there is.
3M-5M

In Films-list.com we have selected the most viewed movies from category - Documentary. Enjoy the best films specially selected for you! Behind THE COVE (2016) is the right choice that will satisfy all your claims.