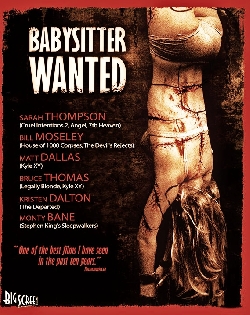 Description:
A new life is starting for Angie (Sarah Thompson), who’s leaving the embrace of her religious mother for college studies.

--- She applies for a babysitting job and finds herself on a remote farm before the Stanton family and their adorable little boy. But Angie’s first night of work might just be her last. ----

In Films-list.com we have selected the most viewed movies from category - Suspense, Horror, Thriller. Enjoy the best films specially selected for you! BABYSITTER WANTED - Unrated Version (2010) is the right choice that will satisfy all your claims.