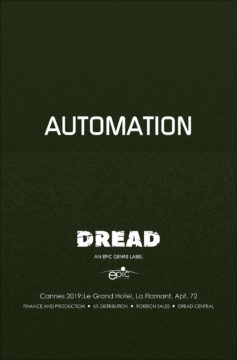 Description:
When a prototype automated worker robot named Auto has proven successful on the night shift at Alert Insulation, plans are put in motion to replace almost all the human employees with the next generation of robots -- but to Auto's dismay, he is also to be replaced by the new and improved robots -- something he refuses to accept, and takes murderous action to prevent.

In Films-list.com we have selected the most viewed movies from category - Comedy, Horror, Science-Fiction. Enjoy the best films specially selected for you! Automation (2018) is the right choice that will satisfy all your claims.