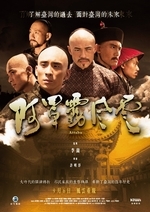 Description:
Attabu, also known as “Wufeng” nowadays, is the origin of the Wufeng Lin Family, one of the five great historic Taiwanese families. From frontier family to local eminence, from pioneer hardship to gentry affluence, the rise of the Wufeng Lin Family serves as the best example of Taiwan’s social history of late imperial China. Their influence was infinite and could hardly find an equal. Taking up one challenge after another, the Lins played significant roles in several major historic wars. Being in the Inters
★ 2013 New Taipei City Film Art Festival

In Films-list.com we have selected the most viewed movies from category - Documentary, Historical, Drama. Enjoy the best films specially selected for you! Ataabu (2013) is the right choice that will satisfy all your claims.