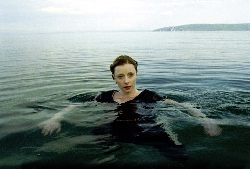 Description:
ANTON CHEKHOV’S THE DUEL is a sumptuous literary adaptation from the director of LATE MARRIAGE (Cannes, 2001) and the Academy Award®-nominated producer of HOWARDS END and THE REMAINS OF THE DAY. Based on a short story by the great Russian playwright, THE DUEL deals with a passion that has turned to dust in the hot sun, and the animosity between two men with opposing philosophies of life.
3M-5M

In Films-list.com we have selected the most viewed movies from category - Drama. Enjoy the best films specially selected for you! Anton Chekhov's THE DUEL (2010) is the right choice that will satisfy all your claims.