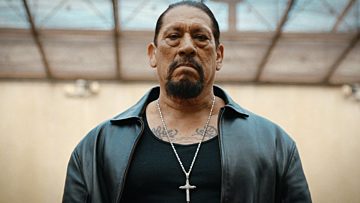 Description:
Edgar Valdez Villarreal, also known as La Barbie ("The Barbie"), is a Mexican- American former drug lord and formerly a high-ranking lieutenant of the now disbanded Beltrán Leyva Cartel. Valdez is currently serving a 49 year prison sentence at USP Coleman II in Florida.Valdez worked for several years as a cartel lieutenant along side nephew Fernando Valdez, before rising to a leadership position in an enforcement squad called Los Negros. Following the death of cartel boss Arturo Beltrán Leyva in late 2009,

In Films-list.com we have selected the most viewed movies from category - Action/Adventure. Enjoy the best films specially selected for you! American Sicario (2021) is the right choice that will satisfy all your claims.