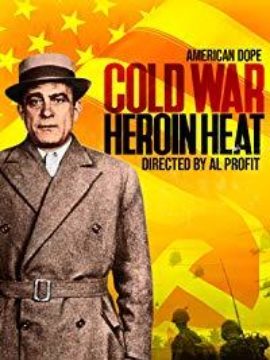 Description:
"Cold War, Heroin Heat" tells a tale of corruption stretching from 1920's Shanghai through the Vietnam War and onto the streets of New York circa 1970. In the quest to fight Communism, even before the Cold War began, the U.S. Government allowed Asian and European criminal syndicates to ravage the American population with Heroin in exchange for supporting Capitalism- no matter what the cost.

In Films-list.com we have selected the most viewed movies from category - Documentary, Historical. Enjoy the best films specially selected for you! American Dope: Cold War Heroin Heat (2018) is the right choice that will satisfy all your claims.