FILM REVIEW - Alfie Boe: On The Wheels of Dreams 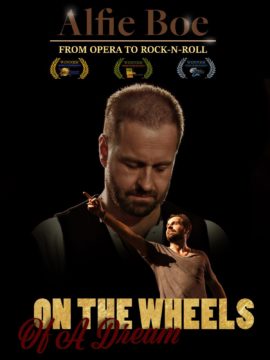 Alfie Boe: On The Wheels of Dreams

Description:
As Alfie Boe has said in the past, "There are only 2 kinds of music - good music and bad music. I only want to sing the good stuff."
Alfie Boe is best known for his internationally acclaimed performance as Jean ValJean in the 2010 Les Miserable 25th Anniversary performance at the O2 Arena in London. His rendition of "Bring Him Home" made him a worldwide star. In 2012, he stole the show with his performance of "O Sole Mio/Now or Never" at the Queen's Jubilee concert at the Buckingham Palace. His 2013 t

In Films-list.com we have selected the most viewed movies from category - Biography, Documentary, Musical. Enjoy the best films specially selected for you! Alfie Boe: On The Wheels of Dreams (2016) is the right choice that will satisfy all your claims.