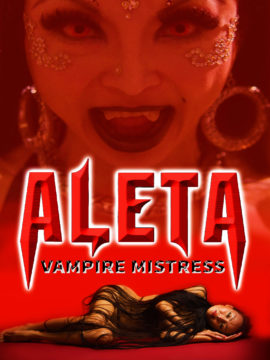 Description:
When reports of a seemingly superhuman woman - one who kills with ease and who can withstand multiple gunshots - reach the U.S. government, FBI agent Beau Nelson is dispatched to investigate with the hopes of recruiting her to be a secret agent. But Nelson soon discovers the woman he seeks is not just an undead vampire, but the Empress Vampire, the source from which all other vampires descended!

In Films-list.com we have selected the most viewed movies from category - Horror. Enjoy the best films specially selected for you! Aleta: Vampire Mistress (2018) is the right choice that will satisfy all your claims.