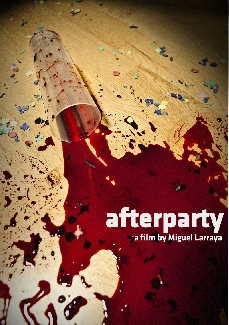 Description:
Carlos is the young male lead in a successful television series, Camp Blood, and one of the biggest teenage idols of the moment. He has no qualms about using his fame to score with girls and has earned a reputation as a heartbreaker. One morning he wakes up after a wild party in a mansion and finds out that he is locked inside. Trapped along with him are three girls with whom he had different encounters the night before.

Via cell phone, from which they cannot make calls, they receive various v

In Films-list.com we have selected the most viewed movies from category - Horror. Enjoy the best films specially selected for you! After Party (2012) is the right choice that will satisfy all your claims.