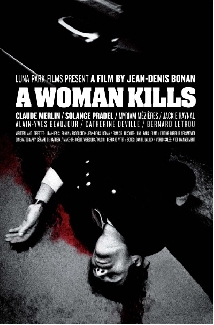 Description:
Paris, in the 1960s. A series of crimes trouble the tranquility of the city. Hélène Picard is finally found guilty of the murders of fellow prostitutes and sentenced to death. On March 22th 1968, two years after her trial, she is put to death by executioner Louis Guilbeau. A few days after the execution violent crimes, similar to Hélène’s, start occurring again. At the same time, Louis G. has an affair with the police officer, a woman, in charge of the investigation.
What are the dark links hidden be

In Films-list.com we have selected the most viewed movies from category - Action/Adventure. Enjoy the best films specially selected for you! A Woman Kills (1952) is the right choice that will satisfy all your claims.