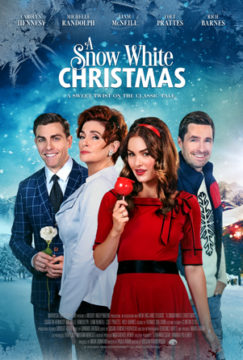 Description:
When Blanca Snow (Michelle Randolph) is faced with spending Christmas with her stepmother, Victoria (Carolyn Hennesy), she attempts to fulfill her late father’s wishes to create new memories as a family. However, Victoria plots to edge Blanca out of her father’s inheritance and keep the money for herself. She plans to renovate the house by hiring designer, Lucas Prince (Colt Prattes), but when he falls in love with Blanca, Victoria is outraged. With the help of her assistant, Victoria hypnotizes Blanca so s

In Films-list.com we have selected the most viewed movies from category - Comedy, Romance, RomanticComedy. Enjoy the best films specially selected for you! A SNOW WHITE CHRISTMAS (2018) is the right choice that will satisfy all your claims.