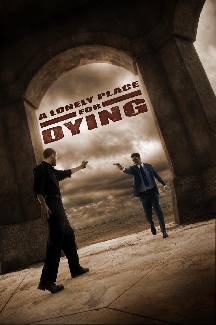 A Lonely Place For Dying

Description:
The 1972-set espionage/thriller tells the story of KGB defector Nikolai Dzerzhinksky's attempt to buy his way into the US with information of CIA war crimes in Laos and Special Agent Robert Harper, who will stop at nothing to keep his mistakes a secret. The project is helmed by Justin Evans (writer, director, producer), Erin Kabusreiter (producer) and Catherine Doughty (writer) and will begin shooting on September 1st in Santa Fe, New Mexico.

In Films-list.com we have selected the most viewed movies from category - Action/Adventure, Thriller. Enjoy the best films specially selected for you! A Lonely Place For Dying (2008) is the right choice that will satisfy all your claims.