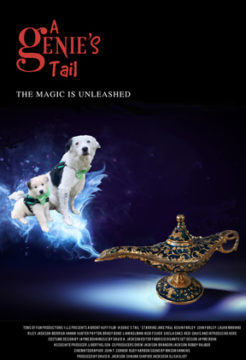 Description:
A GENIE’S TAIL is a magical film where a puppy unearths a genie’s Aladdin-type lamp housing two boisterous, bickering Genie brothers. When a young boy makes a birthday wish, one of the Genies ends up inhispuppy who suddenly becomes BIG. Being stuck in a dog makes the genie’s wish-granting abilities extremely unreliable, and his attempts to grant wishes for his new master end up in hilarious – and inconvenient - blunders.

In Films-list.com we have selected the most viewed movies from category - Family. Enjoy the best films specially selected for you! A Genie's Tail (2019) is the right choice that will satisfy all your claims.