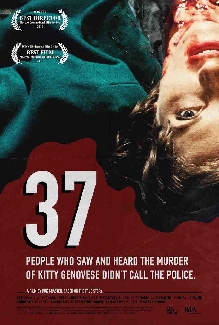 Description:
‘37’ is inspired by a true story set in 1964, New York, where several neighbors witness the brutal murder and rape of Kitty Genovese and do not intervene. The New York Times published the article “37 Who Saw Murder Didn’t Call the Police”. The Neighbors are depicted as monsters that used her 35 minute fight for survival as their own entertainment, but given the reality of that time period, it is much more multi-faceted and complex. ‘37’ peeks into the lives of three disparate families, the lonely neighbor a

In Films-list.com we have selected the most viewed movies from category - Drama. Enjoy the best films specially selected for you! 37 (2016) is the right choice that will satisfy all your claims.