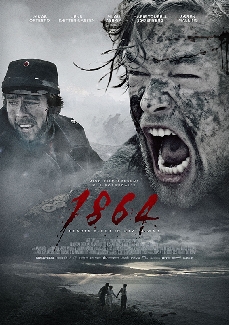 Description:
Denmark is enthused following the victories over the Prussians in the war 1848-51, and is now scheming to annex Schleswig into the Danish Kingdom. Inflamed with nationalism the leader of the Danish parliament Monrad neglects all European treaties and throws the country into war with Prussia.

At the same time the two peasant brothers Laust and Peter grow up and fall in love with the well-read and beautiful Inge. But when the war erupts Peter and Laust volunteer for the army.
25M-50M

In Films-list.com we have selected the most viewed movies from category - Drama. Enjoy the best films specially selected for you! 1864 (Feature film) (2015) is the right choice that will satisfy all your claims.