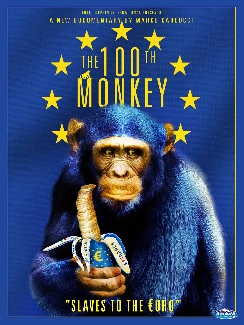 Description:
"The 100th Monkey" takes a different approach to the Euro crisis. The movie shows the economists, journalists, European politicians and citizen vision... It looks deeply into the real structure of the creation of the Euro and gives more explanation about the nowadays crisis : the role of the Central European Bank and the financial speculation. The documentary gives space and voice to alternative theories of austerity dogma, the central role of Germany and the stifling economic recipes as the only solution t

In Films-list.com we have selected the most viewed movies from category - Documentary. Enjoy the best films specially selected for you! 100th Monkey (2014) is the right choice that will satisfy all your claims.