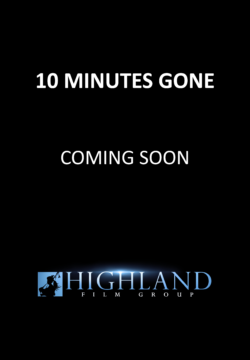 Description:
Expert bank robber Frank Sullivan never had a job go wrong - until his brother is killed during a heist. Knocked unconscious, Frank wakes up in a dirty alley without memory of how the robbery went awry or who shot his brother. To Frank's boss, violent crime Lord Rex (Bruce Willis), none of that matters... He just wants the loot that Frank doesn't have. Short on time and information, Frank must figure out which member of their crew betrayed them, avoid Rex's contract killer closing in on him and locate a mys

In Films-list.com we have selected the most viewed movies from category - Action/Adventure, Thriller. Enjoy the best films specially selected for you! 10 Minutes Gone (2019) is the right choice that will satisfy all your claims.