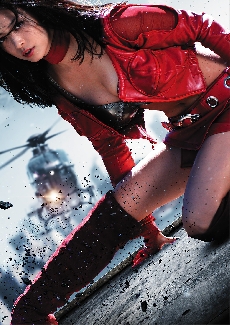 Description:
In 20XX, the world has been divided into two superpowers: the Western Bloc, and the Eastern Bloc. Serving as a border zone between the two is “J-Country,” a battleground for the two sides in their ongoing conflict. Mylene, a western undercover agent, is investigating human trafficking in J-Country when she meets a young man named Chris. She finds herself attracted to him and cannot get him out of her mind, even after completing her mission and returning to headquarters. Before long, Mylene receives a new or

In Films-list.com we have selected the most viewed movies from category - Action/Adventure. Enjoy the best films specially selected for you! 009-1 The End of The Beginning (2013) is the right choice that will satisfy all your claims.